Tests shall be conducted at designated Test Centre or any location deemed to be suitable by the System Owner.

SAEPT is an accreditation recommended for persons involved in the aviation sector and is made available to everyone deemed fit by NAA and/or System Owner.

A valid National Identity and/or Passport with a recent recognisable photograph is currently treated as the only accepted proof of identification. All test takers must bring their original valid National Identity and/or Passport, a copy of which is to be submitted with the application. This document serves as proof of identity to be presented on the test day, being the only identification document accepted for admittance to the Test Centre. Failure to do so may lead to cancellation of the test. No refund will be applicable in this case.

Information Provided by the Test Taker:

The test taker takes full responsibility for the correctness of the information provided in their application. Any information found to be incorrect at any stage will automatically lead to cancellation of the test and revocation of result. Fees paid shall also be forfeited.

There will be no refund of fees after registration unless the Test Owner rejects the application for whatever reason. Test takers are only allowed to change the scheduled test date under certain circumstances (refer to Change of Test Date).

The Test Centre will strictly deal with any malpractice(s) adopted by the test taker, which may damage the integrity and the security of the SAEPT Test System etc., as per the guidelines of the System Owner and the local law of the land. Malpractice includes but is not limited to: impersonating a test taker or having a test taker impersonating you; colluding or disrupting the test in any manner; tampering, copying or attempting to remove test materials from the test room. Any form or attempt to compromise test protocols shall result in invalidity of the test and reporting of such to the authorities. In the event of such, the test will be cancelled. The test taker could also be liable to prosecution and may be prohibited from sitting for SAEPT in the future, as per the decision of the Test Owner and law of the land, which will be binding on the test taker.

Test takers who wish to provide feedback on matters relating to the SAEPT test system and test administration are able to do so by filling out the Test Taker Feedback form. The form is to be completed after the test and returned to the administration personnel once completed.

The period of results validity depends on the ELP level demonstrated. Refer to the table below for validity of test result (as per ICAO Annex 1 – Personnel Licensing):

The responsibility to select the test type lies solely with the test taker. However, it is recommended that a test taker refers to or seeks advice from the SAT administration personnel for clarification.

The standard test fee is RM590.00 (not including 6% SST). Payment can be made through Online Bank Transfer. Cash payment is also accepted and must be made prior to the test.

Test takers can email or call in to enquire about test dates/ test slots availability. Test takers can select or indicate their preferred test date during the registration process. However, the Test Owner may alter or cancel test dates at its sole discretion (i.e. due to logistic/operational issues). In the event of such, the next available test date shall be allocated upon mutual agreement between the test taker and the Test Owner.

Test takers can email or call in to enquire about test dates/ test slots availability. Test takers can select or indicate their preferred test date during the registration process. However, the Test Owner may alter or cancel test dates at its sole discretion (i.e. due to logistic/operational issues). In the event of such, the next available test date shall be allocated upon mutual agreement between the test taker and the Test Owner. Change of Test Date: Change of test date, once it has been scheduled and confirmed, will receive no refund of the test fee unless the test taker is able to provide appropriate evidence of his/her inability to sit for the test, has been affected by:
1. A last-minute scheduling of work commitments;
2. A serious illness (i.e. hospital admission or serious injury);
3. Loss or bereavement (i.e. death of a family member); and
4. Hardship or trauma (i.e. following an act of crime or an accident).
Such evidence must be provided no later than 5 days after the originally scheduled test date. A request for change of test date can be considered on a case by case basis. The decision of the Test Owner will be final and binding on the test taker.

In cases where a test taker fails to appear on the test date, his/her application will be treated as cancelled, and the fees paid shall also be forfeited. No refund will be possible unless medical evidence and/or proper documentation is/are provided. The decision of the Test Owner will be final and binding on the test taker.

Test results will be e-mailed to the test taker within 5 working days for standard slot and 1 working day for priority slot test takers. However, the test taker understands and agrees that results communicated via email will be provisional and must not be treated as final results or used for any formal, official or verification purposes until the original SAEPT Certificate is received by the test taker. The Certificate as issued by the Test Owner is and shall be the correct, official and authentic SAEPT results.

If a test taker is dissatisfied with the SAEPT results and believes there are grounds for reconsideration, the test taker may lodge an appeal to have the result reviewed. Test takers can lodge their appeal by completing the Test Appeal Form. The form must be fully completed and shall be submitted to the Test Owner within 5 business days following the release of results of the disputed test. An appeal fee of RM200.00 (not including 6% GST) will be incurred at the time of application. However, this fee will be fully refunded only in the event of an upward amendment to the overall rating. The decision of the Test Owner will be final and binding on the test taker. No further enquiries shall be considered once the re-rating process has been completed. The results of appeal will be released to the test takers within 7 business days following the application.

The Test Owner and the Test Centre, will take full care that the test procedures, administering of the test and declaring of results are handled as per the guidelines of the Test Owner and in the most professional manner and that no errors or omissions are committed. However, in case any errors or omissions are reported or brought to notice by the test taker, the same will be taken up and necessary action/remedial measures will be taken. No claims or compensations of any nature will be considered. 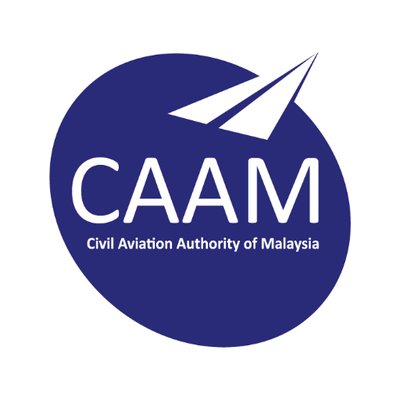